I don’t remember where the first one below came from. I saw it on Facebook, though. How neat.

The second is from George W. The third is from MJ Shepherd and it’s not really a hit, per se, but it needed re-publishing here.

When you call yourself an Indian or a Muslim or a Christian or a European, or anything else, you are being violent. Do you see why it is violent? Because you are separating yourself from the rest of mankind. When you separate yourself by belief, by nationality, by tradition, it breeds violence. So a man who is seeking to understand violence does not belong to any country, to any religion, to any political party or partial system; he is concerned with the total understanding of mankind. —J. Krishnamurti, Freedom from the Known, pp.51-52

“If you stop telling people it’s all sorted out after they’re dead, they might try sorting it out while they’re alive.” Terry Pratchett 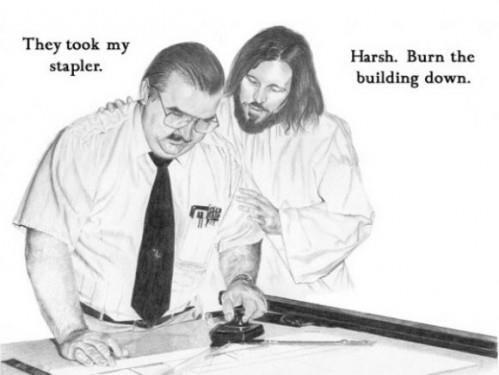