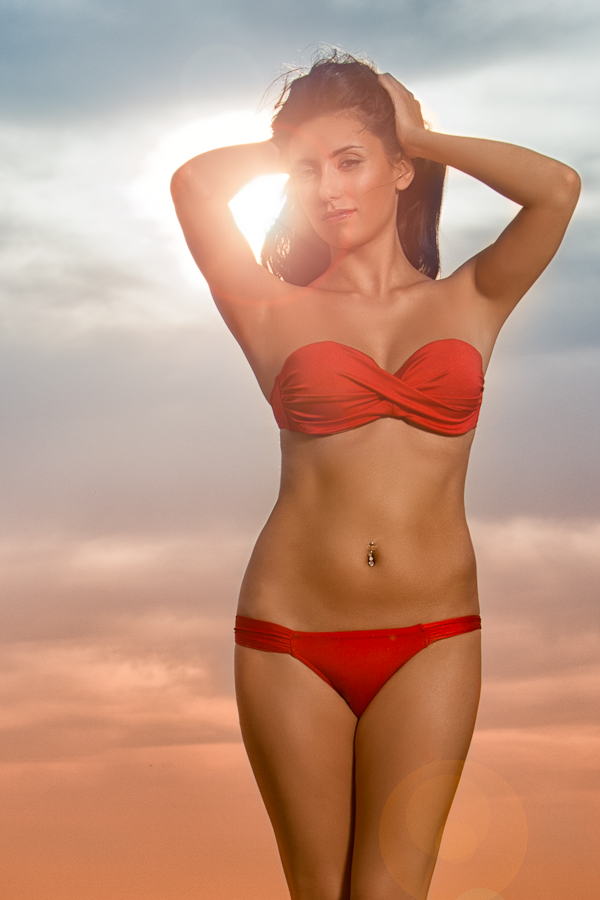 Tina and I have been working on this image this afternoon.

It’s been a weird day. I’ve edited photography for kids and a beach shoot today, and now we’re cutting up a video from a wine & dine event.

I’m not sure there are many people who go from kids, to half-nekked girls to high-dollar fundraiser videos in less than a few hours.

It’s almost unbelievable that the conversation might be real.

People do a better job of making it look like Santa exists than God anyway.

I’m much less of a disbeliever toward Santa than God. I like the Santa myth much more. With the flying sleigh and reindeer … it’s much more plausible than born of a virgin and cooking people s’mores for eternity.

Recently I had dinner with a poet we call Bill. Bill and I talked about a concept that I’ve thought about for some time.

I’m not sure it has a name, and I don’t remember the exact wording Bill used to describe it.

But I call it the long-lens effect. A Long Lens is code for a zoom lens. It’s like using binoculars on your camera.

The long-lens effect is the idea that if you have a camera with a zoom lens on it and you take a photo of people far away. If you look at that image and start wondering about the people’s lives in your viewfinder. If you look at the photos later and start constructing a story about them. It opens your brain up to understanding the world from a less selfish point of view.

If you start imagining the world as a long lens. If you look at building full of people, the cars around you, the airplanes in the air, you can only imagine all the different people who have their own lives, their own successes and failures. They have their own stories.

And if you switched places with them. If suddenly you were on the plane, in their apartment, holding their problems, just for second, you open your mind a bit.

Most often, those people on the other end of the lens don’t give one iota of a shit about you.

But what if they had their long lenses out too?

I have a long lens that cost a lot of money. And like long lenses, the Long-Lens Effect is expensive. It takes work to consider it.

When you use the long-lens effect, it eliminates the need for religious divisiveness. It calls for unity. It expects a change of behavior.

Your environment is full of people who need you. Or need people like you to be concerned about them.

The cartoon above from the atheist pig is something that bothers my brain quite a bit.

If Christians are so worried about everyone’s sin, why aren’t they picketing the gluttons stuffing their faces at all you can eat buffets?”

Surely the high-and-mighties are familiar with other sins other than homosexuality that contribute heavily to the decline of society!

Wait a minute. I know why they don’t. Because they’d be picketing themselves.

It was Tina and I doing this one. Bill couldn’t be there. So when I sent pictures to Bill last night and when I read that he wrote, “Wow, this is some of your best work yet.” I raised my hands above my hand in touchdown fashion.

I was in the kitchen and just above me were light fixtures that I punched. I cut my hand breaking the lightbulb.

Moral of the story: don’t compliment my work. 🙂

I’ll put two more below the fold for those who are curious.

END_OF_DOCUMENT_TOKEN_TO_BE_REPLACED 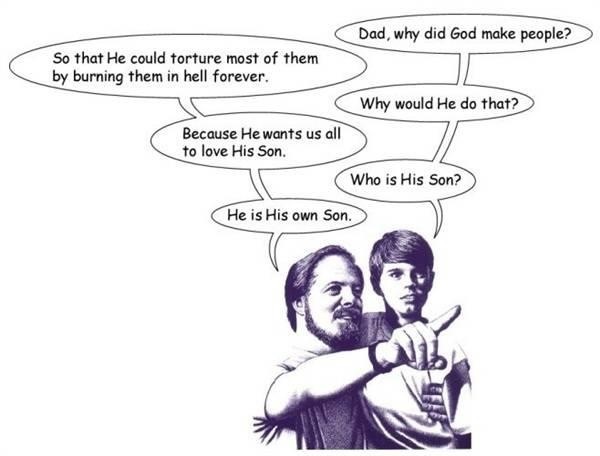