Only two Peepers today. I guess we’ll be a bit farm-ish.

I love the story about the log dug up in Cambodia that has magical powers.

The western stories covering the find seem to tacitly make fun of the stupid third worlders with the magical log.

As if the first worlders have a magic that is above the third world version.

They should probably look down at the cross dangling around their necks and the stupid ideas they have to win the lottery.

This morning, I received the list of acts that I’ll be photographing at Lollapalooza this year as part of Time Out Chicago’s screaming effort to cover every band and act during the festival.

I was hoping that my business partner Bill would get RHCP, but he got Black Sabbath (once in a lifetime opportunity!) and Jack White.

From what I understand, the photography pits can be brutally packed and cut throat, especially with the big acts. So I’ve got to bulk up a little for the big weekend.

Regardless, I’m stoked. This is going to be my first big festival, and I’m going to see so many new acts … how cool is that.

I’m going to do my best to cover the events on my phone. I won’t be taking phone photos in the pit. It’s not allowed. but I’ll be doing what I can to throw images out while I’m working.

END_OF_DOCUMENT_TOKEN_TO_BE_REPLACED

Bryan Fischer says DHS is stockpiling riot gear and ammunition to use against Americans and if President Obama is re-elected, it will prompt “serious talk about secession.” 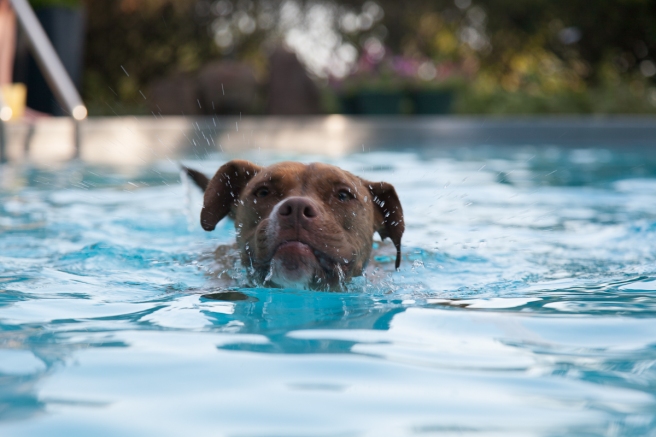 Today’s Wednesdog is brought to you by Talulah in the pool.

Talulah has improved her pool abilities. Over the past two years of traveling, pools were her largest adversary. But somehow she’s managed to figure them out. And now she dives right in off the steps whenever she feels like it.

She swims in circles for a while and then makes her way out.

When she seems me swim past her, she turns on the jets and doggie paddles so fast she raises out of the water like a motor boat.

I love the shot below. It’s out of focus, but her tongue looks like a huge lower lip. The other shots show how damn cute she is and will make you want to hug and squeeze her. 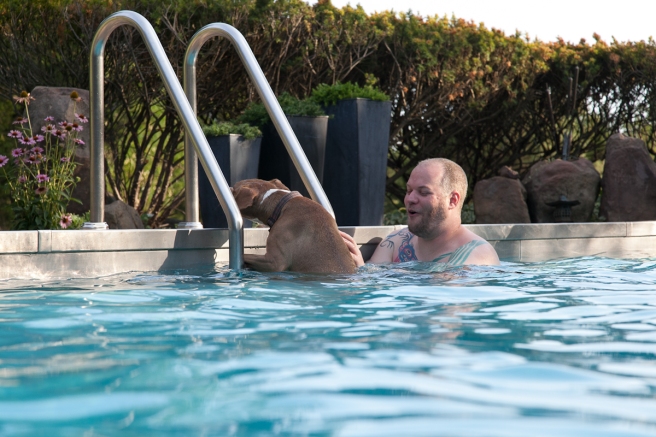 Obama meme reads, “Pardon me. I was choking on some bullshit.”

God — should he exist — knows I love bullshitters. Bullshitters make the world go round. So if Obama’s got a little shit creeping up his esophagus, so what.

I’d like to see the man barf on camera.

The joke is just too easy.

Kind of like attributing Conan O’Brien to this one:

Q: Have you heard about McDonald’s’ new Obama Value Meal?
A: Order anything you like and the guy behind you has to pay for it.
–Conan O’Brien

Conan is funnier than that. But if he did say it, I would laugh.

Oddly enough, how awesome would it be to pay for the family or dude behind you. Now that I have that seed planted.

I love how these kinds of things are supposed to rile up the left and encourage the right.

If this encourages you, I recommend upping your bar a little further off that floor of garbage strewn everywhere.