Thanks to everyone for the submissions today. Xina’s is a particular standout. She captured the essence of a location Monet would have wanted to paint.

But everyone’s, of course, is great!

END_OF_DOCUMENT_TOKEN_TO_BE_REPLACED

After Becky’s and Luis’s whirlwind visit, Becky blogged about our visit to the Green Mill at her blog the Still Room.

You can check out what she wrote here.

During our recent trip to see Jeremy W.(of Le Cafe Witteveen) and Tina S. in their Chicago stomping grounds, we got to check out some incredible local spots. One of them was The Green Mill, a nightclub paused during its heyday, when Al Capone used to manage it and a number of surrounding establishments, all connected by hidden basement tunnels. The neighborhood has a number of incredible old theaters, just waiting for the loving hand of historic preservation to rejuvenate them. The rattle of the nearby El helped set the vintage mood. Plop on your cloche and throw on your beads.

God meme reads, “Kicks satan out of heaven for being too prideful. Created everything in the entire universe to glorify himself.”

The best thing about this graphic is that it was posted by believing friend Julie Ferwerda.

The conversation that ensued is great, including this line:

Yeah, that’s one of those concepts that never did make sense to me even when I was a good traditional Christian. God demands glory? Why? Doesn’t He already have it? He needs us to realize it to? Why? Does it hurt His feelings? The argument I’ve always heard is that it is for OUR benefit that we need to glorify God. That’s a fine theory. But that does not explain the wrath and mass executions for failing to worship Him the right way. – Josh Foreman 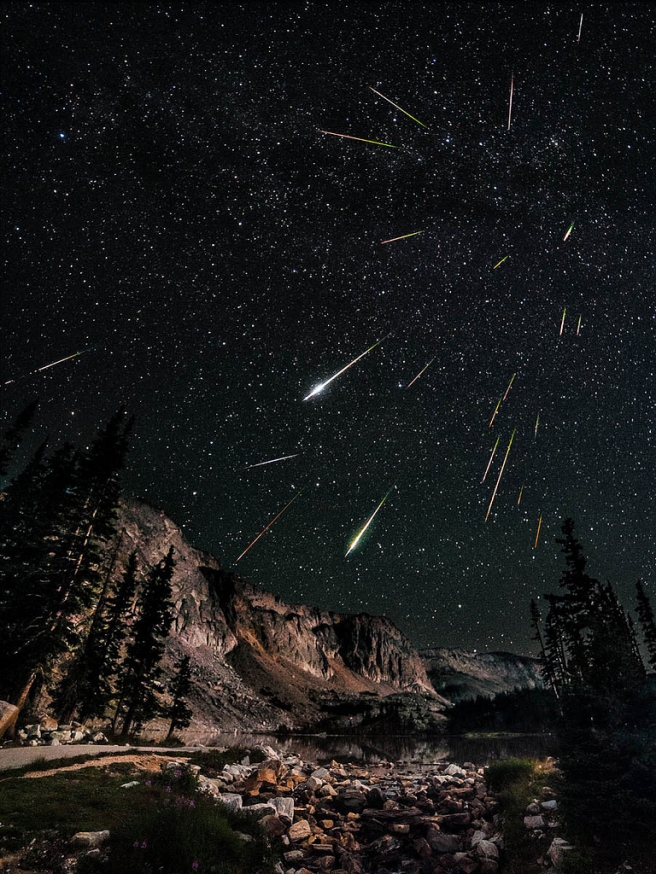 You must look at it and admire.

Last night I went out to Snowy Range in Wyoming in search of dark skies for the Perseid meteor shower. I wanted something special for the foreground and I knew the Snowies faced in the perfect direction to get this shot. I started shooting at 10pm and didn’t stop until 5 am, I had to change my battery every 2 hours which made for a long night. The moon rose around 1am to light up the mountain range.

This is a composite of 23 images, 22 for the meteors/stars and 1 taken at sunrise for the foreground which was lightly blended in. I also corrected the orientation of the meteors to account for the rotation of the earth (this took forever!)

I had a great night which was made even better because I spent it with my newly adopted dog Emmie, she was a trooper!

Check out more of his work

I saw this graphic posted on Facebook. It reads:

The next time someone tells you that Obama is destroying the economy, remind them that the stock market is close to an all-time high and that corporate profits are as well… When they tell you that that hasn’t helped them any, remind them they’ve just admitted trickle-down economics doesn’t work.”

~ Whiskey and the Morning After Blog

My main economy information usually comes from NPR’s Marketplace. Although I don’t listen every day, Kai Ryssdal is often not as thrilled about the direction of the markets. That’s certainly not to say I’m right.

I have heard record corporate profits on several occasions, which pisses me off. I’ve heard that corporations are hoarding cash while continuing with hiring freezes.

Regardless, I’d love to know if anyone here — you know who you are you quiet bunch of quiet-heads — if this information can be backed up, since I’m a lameass who can’t seem to do it quickly.

And secondly, I strongly recommend taking a look at this blog: Whiskey and the Morning After.

And those are just the front page of today’s version of the blog.

In a post called, “Confessions of a Recovering Catholic” he writes (emphasis mine):

For me, they don’t have all of the answers, no religion does. I’ve learned that in life, asking someone to give you the answers is intellectually lazy and a recipe for disaster. Even somehow through the course of my experiences, I were to find that the “true faith” was Catholicism, I could never go back to a church that allowed a priest to rail against “sins” that he was committing before or after the very service in which he condemned others for the same offense. I could never forgive a church that allowed the leader of their Knights of Columbus group, someone who was considered a pillar of the community, to molest kids in his basement office while his wife chatted with the victim’s parents upstairs and never try to stop him.

I’ll never stop having respect for those who consider themselves to be Christians, Catholics, or whatever and actually concentrate on what the religion was originally supposed to be about. However, until the day comes when the message goes back to taking care of the poor and outcast instead of the pathological obsession with people’s sexual habits and controlling their lives, count me out.

I super heart this blog!

The markets could be rocking for all anyone cares.

All I know is: Whiskey and the Morning after just got added to my watch list for cool blogs. 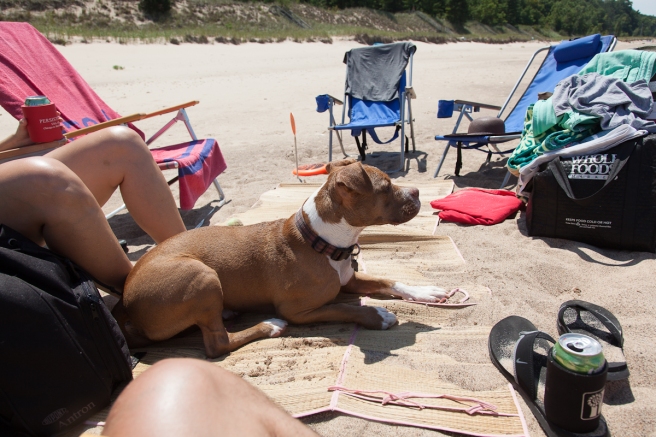 This week’s Wednesdog is brought to you by Talulah (surprise, surprise).

Talulah thoroughly enjoyed our recent travels to Carbondale and Michigan.

While we were in Michigan for that one weekend, we left Talulah with our house guest and all our new friends we made that weekend. Talulah absolutely LOVED her time playing on the beach with seven people who thought she was the bee’s knees.

When Tina I returned on Saturday night and resumed beach fun on Sunday, Talulah has what we call a “puppy hangover.” But Talulah’s a child, and she’ll work herself up to try and keep up with chasing the ball and following everyone around.

So enjoy these couple shots of Lu dog getting her beach on.

Charles F. Feeney is a billionaire I can get behind. He’s a philanthropist who is deadset on giving away his fortunes to good causes and also focused on encouraging other billionaires to do the same.

Warren Buffet calls him the “spiritual leader” to like-walleted others.

Only I don’t know that Feeney does it for Yeshua or any overt religious organization. For years, he worked to give away his millions anonymously. He’s now reached a more recognizable public persona, but still doesn’t seem to wear any blinky-lighted t-shirt that screams “Look at me!”

From that evil, liberal, deceitful rag the NY Times:

Mr. Feeney, 81, a man with no romantic attachment to wealth or its trappings, said the world had enough urgent problems that required attention now, before they became even more expensive to solve.

“When you’ve got the money, you spend it,” Mr. Feeney said. “When you’ve spent it all, let someone else get going and spend theirs.”

When the last of its money has been spent and it closes its doors sometime around 2020, Atlantic Philanthropies will be by far the largest such organization to have voluntarily shut itself down, according to Steven Lawrence, director of research for the Foundation Center. (The much bigger Bill and Melinda Gates Foundation plans to shut down 50 years after its founders die.)

If it’s easier for a camel to pass through the eye of a needle, Feeney appears to be sending a superiority of camels through that little hole.

So while churches, pastors and Christian-run fast food corporations grow wealthier and swim in their gold like Scrooge McDuck, guys like Feeney and Bill Gates —  who have no connection to faith or Yeshua — are outshining the “good” guys a billion times over.

Two more things to point out:

He has given away essentially everything he has made, apart from decent, though not extravagant, provisions for his four daughters and one son. They all worked through college as waiters, maids and cashiers.

“I want the last check I write to bounce,” Mr. Feeney said.