A study shows that believers aren’t sharing their belief with others?

Back when I was “on fire for Christ,” I shared the message and successfully prayed the sinners prayer with two different people, a girlfriend and a drug-addict friend.

The drug addict has passed away and the girlfriend took faith to oingo boingo land.

But if I had contact with either one of them, I would apologize for pushing silly beliefs in things unseen on them. If there’s one thing I regret, it’s listening to those who told me that Jesus was a good thing.

Hey guys, Jesus isn’t such a great guy after all. I mean, some of his actions were, but the all around gospel message … not so much.

I don’t mind seeing that believers aren’t sharing their faith. Faith should be personal. And it shouldn’t be a high-pressure event like sales. The dynamic of hell is excruciatingly silly.

People don’t need Christ. They need a friend. A real friend they can touch and feel. One who listens, cries with and laughs with them.

A majority of churchgoers in the U.S. believe that it’s essential to share their faith with non-believers, but a large number of those are not doing so, according to a recent study of American Protestants conducted by LifeWay Research.

“When it comes to discipleship, churchgoers struggle most with sharing Christ with non-Christians,” says LifeWay spokesperson Jon D. Wilke.

The study found that 80 percent of those who attend church one or more times a month believe they have a personal responsibility to share their faith, but 61 percent have not told another person about how to become a Christian in the previous six months.

The research project focused on measuring spiritual maturity in individuals and revealed eight biblical attributes consistently evident in the lives of maturing believers. Of those eight, “Sharing Christ” has the lowest average score among Protestant church attendees, according to LifeWay.

Tina and I are on a shoot today. Oddly enough the client is receiving images like the above and she’s art directing from NC.

Had I known this would happen, I may not have been so kind in our estimate.

Author and theoretical physicist Lawrence Krauss, discusses what it would be like if we found life on another planet.

You know you need a short Friday distraction, and I have one. It’s a group of illustrations from French artists of the turn of the last century.

Wouldn’t the world be an amazing place if learning were as easy at it appears above?

France in the Year 2000 (XXI century) – a series of futuristic pictures by Jean-Marc Côté and other artists issued in France in 1899, 1900, 1901 and 1910. Originally in the form of paper cards enclosed in cigarette/cigar boxes and, later, as postcards, the images depicted the world as it was imagined to be like in the year 2000. There are at least 87 cards known that were authored by various French artists, the first series being produced for the 1900 World Exhibition in Paris. 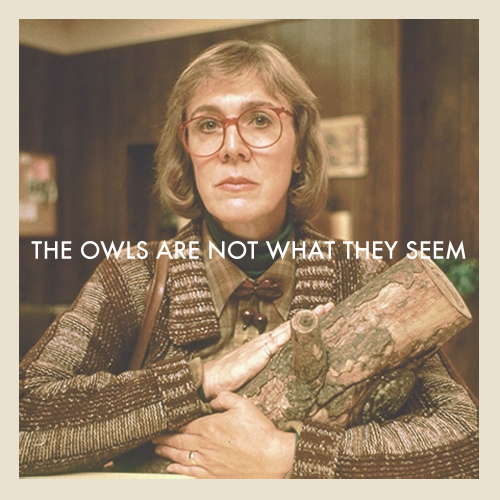 I’m a huge fan of the old series Twin Peaks.

Here is one of my favorite quotes:

I carry a log – yes. Is it funny to you? It is not to me. Behind all things are reasons. Reasons can even explain the absurd. Do we have the time to learn the reasons behind the human being’s varied behavior? I think not. Some take the time. Are they called detectives? Watch – and see what life teaches.

I saw this over at Joanne Casey’s blog.

I’m a jerk. I can’t remember where I found this either. I though it was Peter From Texas, but I don’t see it there.