Tonight I went to an event at the Double Door called RAW Artist Chicago.

You should have been there.

But if you weren’t, here are a couple images. 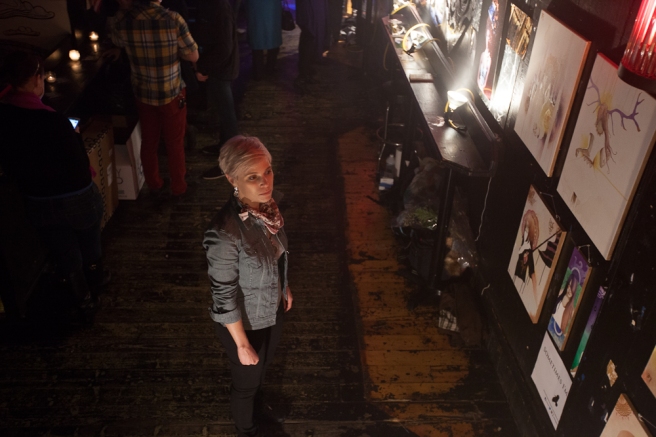 You should stop eating now.

Move to the sticks.

And wait to die.

Looking for some light reading?

You may remember Mellick from his award-winning book “Apeshit.”

Haunted Vagina is about a guy whose girlfriend’s vagina makes noises. Some people call it haunted, apparently. Other people call it trapped air that’s escaping at high rates of speed.

About the Haunted Vagina (love the tagline):

It’s difficult to love a woman whose vagina is a gateway to the world of the dead..

Steve is madly in love with his eccentric girlfriend, Stacy. Unfortunately, their sex life has been suffering as of late, because Steve is worried about the odd noises that have been coming from Stacy’s pubic region. She says that her vagina is haunted. She doesn’t think it’s that big of a deal. Steve, on the other hand, completely disagrees.

When a living corpse climbs out of her during an awkward night of sex, Stacy learns that her vagina is actually a doorway to another world. She persuades Steve to climb inside of her to explore this strange new place. But once inside, Steve finds it difficult to return… especially once he meets an oddly attractive woman named Fig, who lives within the lonely haunted world between Stacy’s legs.

If you’re at work, turn your volume up — way up — and watch this.

Your co-workers will think they have moved into a zoo. 🙂