Theoretical Physicist Ethan Siegel posted a great post you have to read.

And by “we”, I mean guys everywhere with a longingness to look at women in their full glory and not protected in a shroud of bra-ness.

Cross my heart, we’re not making this up, even though it flies in the face of conventional wisdom, anatomical reality and the billions of dollars raked in last year by Victoria’s Secret: Wearing a bra might actually make your breasts sag.

At least that’s the conclusion drawn by Jean-Denis Rouillon, a professor at the University of Besançon in France. For the past 15 years, Rouillon has been diligently taking a slide rule and caliper to the breasts of 320 women, ages 18 to 35, to measure any changes, particularly the relationship of the nipple to the shoulder. (To the surprise of no straight man with a pulse, he has said that these results are preliminary and that further research is needed.)

The sports science expert told France Info radio that “bras are a false necessity,” and that “medically, physiologically, anatomically — breasts gain no benefit from being denied gravity. On the contrary, they get saggier with a bra.”

Kids will say anything to ruin racism in this country. They obviously have never experienced how much fun it is. They’ve never been taught by their parents how brilliant it feels to hurt people’s feelings based only on the color of skin.

Information about the above photo.

An old dog walks on a treadmill as part of an animal health study at Cornell University, November 1956.
PHOTOGRAPH BY B. ANTHONY STEWART, NATIONAL GEOGRAPHIC

I used to run amok on this blog with lots of ranting and berating activity. I’ve slowed down to a standstill with it, and it’s caused the traffic to suffer.

It’s amazing how attractive it is to be negative.

It’s likely part of my personality to be melodramatically critical, as I’ve taken a few stands on Facebook against some low-end inanity.

I have to put together a separate post, but here’s one that blows my mind.

Apparently being energetic about one’s faith means that you can say whatever you want without negative response:

Grammar issues aside, I’m not sure how talking like this is considered a badge of honor. It’s more like, “Come on my guilt field trip so that I might make myself feel better. By the way, you’re an ugly sinner and I’m better than you, because I’ve been cleansed.”

I’ll have to post more later. I have a job to run to and I need to clean my sensitive camera sensors before I leave.

Saw this at I have seen the whole of the Internet. 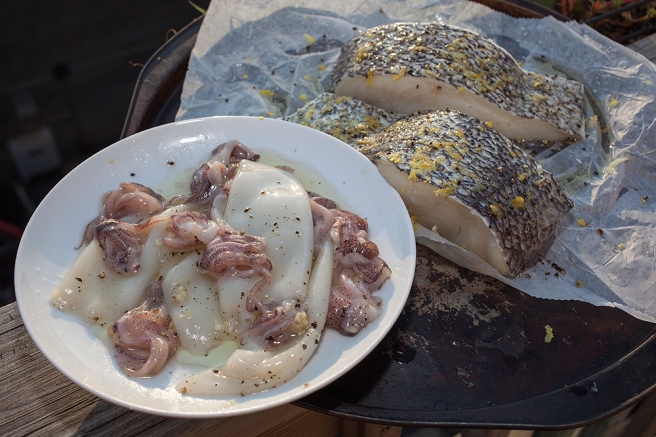 The cafe was in full swing Sunday night, grilling veggies and sea dwellers.

We knocked out these two dishes handily.

For more information on sea bass, here’s a video: