In the Daily Beast, Michael Schulson wrote an article called, “Whole Foods: America’s Temple of Pseudoscience.” He basically reams it as worse, or as worse, as the Creation Museum (or the creationism in general).

From the probiotics aisle to the vaguely ridiculous Organic Integrity outreach effort (more on that later), Whole Foods has all the ingredients necessary to give Richard Dawkins nightmares. And if you want a sense of how weird, and how fraught, the relationship between science, politics, and commerce is in our modern world, then there’s really no better place to go. Because anti-science isn’t just a religious, conservative phenomenon—and the way in which it crosses cultural lines can tell us a lot about why places like the Creation Museum inspire so much rage, while places like Whole Foods don’t.

My own local Whole Foods is just a block away from the campus of Duke University. Like almost everything else near downtown Durham, N.C., it’s visited by a predominantly liberal clientele that skews academic, with more science PhDs per capita than a Mensa convention.

Still, there’s a lot in your average Whole Foods that’s resolutely pseudoscientific. The homeopathy section has plenty of Latin words and mathematical terms, but many of its remedies are so diluted that, statistically speaking, they may not contain a single molecule of the substance they purport to deliver. The book section—yep, Whole Foods sells books—boasts many M.D.’s among its authors, along with titles like The Coconut Oil Miracle and Herbal Medicine, Healing, and Cancer, which was written by a theologian and based on what the author calls the Eclectic Triphasic Medical System.

Thank goodness for this article! 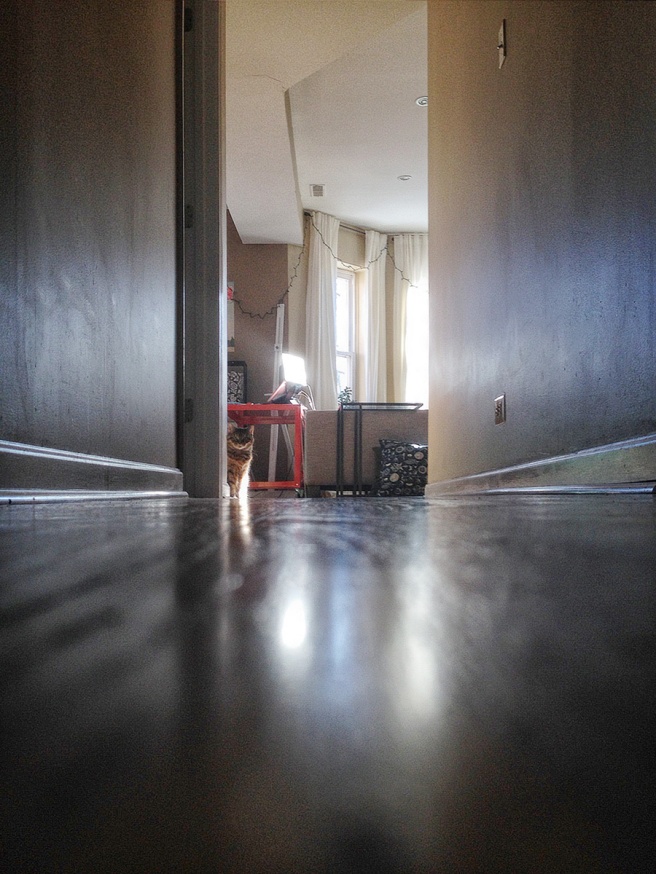 This weekend flew by. Tina and I finally caught up on a lot of work that we’ve had over the first part of the new year.

So it was a weekend dedicated to not being as responsible as usual. On Friday, I made beer-based beef stew and we watched a movie. I crashed early-ish.

Then on Saturday, we worked out and took Talulah to a nearby park, because our backyard area is frozen in a way that hurts her paws. Saturday night, I made baked cod with a sprinkling of breadcrumbs on a bed of tomatoes with sautéed green beans.

On Sunday, I photographed a corporate head shot and portrait session with Bill. Tina went out to the suburbs for a special one-

Last night, we ate at a new neighborhood restaurant called Q BBQ. It was really good.

Today, I’m shooting portraits of a band called Glasvegas in a studio we setup at JBTV. If you don’t know of JBTV, you should. It’s a 24 music television network that features live performances.

And there are a few other things on the docket this week. It’s going to be fun.

Above are clips from a new HBO Documentary called “Questioning Darwin.”

You can watch it and make your own mind. Or you can let this person guide your flimsy thoughts:

That the conflict here is about curiosity vs. incuriosity is incredibly important, because I think a lot of rationalists tend to fall into thinking creationists are just dumbasses. What I really liked about the documentary was that it didn’t hesitate to show how creationists can be articulate and actually quite persuasive, if you accept their premises. Indeed, a lot of them talked at length about how their belief in a loving god who specifically created the universe for them is fundamentally incompatible with evolutionary theory (and other scientific theories based in astronomy, physics, and geology that demonstrate that the universe and our planet are very, very old—Ken Ham at one point tries to argue down the idea that light from stars is millions of years old when it gets to us), and you know what? I found that argument persuasive. Certainly more persuasive than the typical attempt to reconcile the obvious fact that evolution is true with the desire to believe in a loving god, which is usually some variation of, “Well, God created the universe through evolution.” To believe that, the creationists point out, you have to believe their god is a complete and utter moron, that he spent billions of years spinning out galaxies and stars and let the Earth lay dormant for billions of years before sparking a single-celled life into being and then spending the next billion years carefully guiding evolution until finally he got what he wanted: A human civilization that is literally only a few thousand years old. If you’ve ever been to a museum where they put a piece of paper on top of a rock formation to show how insignificant we are in terms of time—or if you’ve ever pondered how tiny our planet is in the great expanse of space—then this is beyond idiotic. It’s like taking multiple generations of people tending an oven to make a cupcake.

The problem creationists have is similar to the problem that troubled Darwin, in other words: On one hand, you have the evidence. On the other hand, you have this need to believe that a god created the universe just for us. These two things do not work together.

Sean Hannity wants to get the fuck out of dodge — supposedly — and abandon NY for hatin’ on him.

But not Mr. Rupert Murdoch. Word on the street is that he just plopped $57.25 Million on a 10,000 square feet, four-story penthouse on New York’s upper east side.

And that shithead, he’s worth every square inch of it, because he’s living the American dream … or something.

All those NYers living in closet-sized apartments should feel happy that they can bolster Murdoch upon their collective shoulders.

This article (reblogged below), despite its verbosity, is a good one.

I haven’t heard anyone say the 1200 calorie rule to women in a while. Tina and I count calories occasionally, and we manage to find more calories when we burn some from working out, which is absent (I think) from the original article.

For a TL;DR: Women who try to diet under the 1200 calorie “rule” will be sorely disappointed to discover that they’ll never achieve a beautifully “toned” body. Instead, consider a weight lifting regimen supposedly for men.

It’s validation for Tina on a couple levels. We’ve been eating more foods rich in vitamins and minerals. And she’s been taking a weight-lifting class twice a week. She feels invigorated and healthy, and wishes she would have learned about this kind of lifestyle years ago.

I don’t know why “1200” managed to be the magic number of calories women should consume if they want to lose weight.

I don’t even know how I know of this number. Only that I know it, and my friends know it, and my mom knows it. Somehow, somewhere along the road, I was taught that if I want to have a flat stomach and tight tushy, I need to limit my calories to 1200 a day and do cardio. I don’t know how it got in to all of our collective brains, but somehow it did (if any ladies remember how or when they first heard the 1200-calorie rule-of-thumb for losing weight, please let me know via comment box).

What I do know is that 1200 is the general number of calories health professionals say women cannot drop below without suffering negative health consequences. 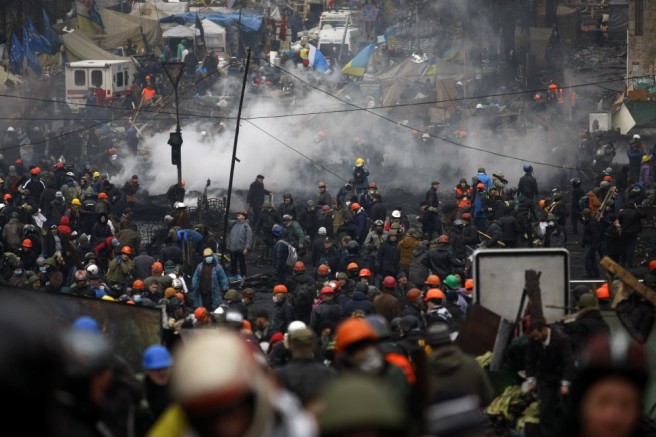 Think Progress offers an explanation for the ugly mess going on in the Ukraine.

The protests began on November 22, after President Viktor Yanukovych reversed course and refused to sign political and trade agreements with the European Union that had been in the works for years after heavy pressure from Moscow to abandon the agreements. Despite a violent police crackdown, protesters vowed to continue blockading streets and occupying public buildings until their central demand is met: the current government, including Yanukovych, must go.

The treaties would have opened the European Union market to Ukrainian companies and could have boosted the Ukrainian GDP by more than six percent over ten years. The country is suffering through an economic depression and lower tariffs and expanded competition could have also lowered prices, “fueling an increase of household consumption of some 12 percent.” Ukraine would have also adopted 350 EU laws, codifying what many Ukrainians saw as a “commitment to European standards of governance and social justice.” To them, the treaty was a way of diminishing Russia’s long-time influence and reversing the trend of persistent economic corruption and sluggishness.