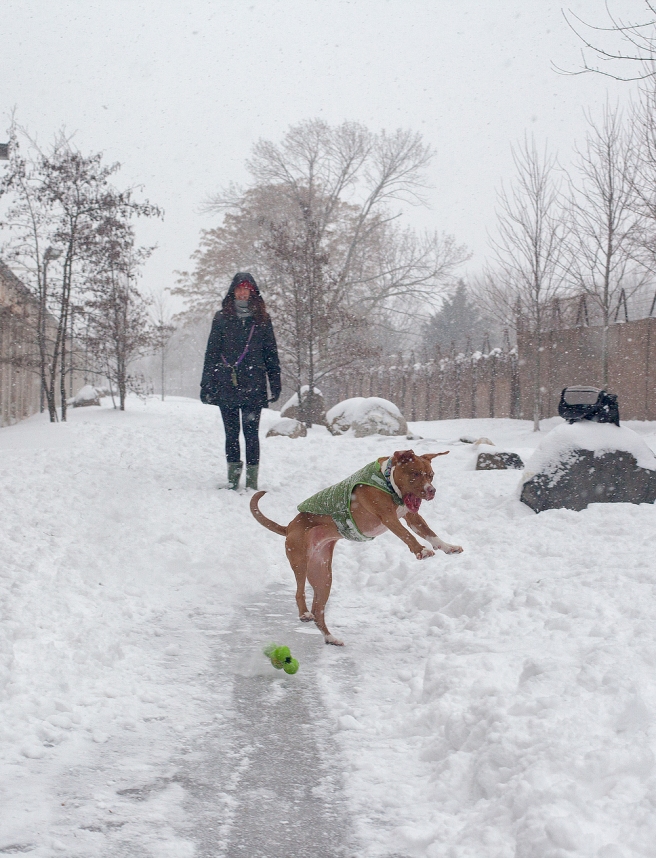 Okay, okay. This photo isn’t from yesterday. But I came across it while archiving old photos.

Yesterday there were also many eye-witness accounts of white stuff falling from the sky in and around the Chicago area.

In case you haven’t noticed your calendar lately, it’s May. Fucking May.

This winter there was more snow than I’ve ever seen in Chicago. It started long ago … in November. I was able to shoot our Christmas card after a few inches in December.

This photo above was from January 3 or so. And it snowed, at least a little all the way to May.

And you may ask yourself, why, oh why is all this weird weather happening? Why is it so cold and the scientists — those liberal, immoral scientists — screaming that there’s global warming?

It blows my mind that this weather is all been predicted … by the bible … and by science.

The bible reads that an increase in earthquakes and weather phenomenon will call forth the end times.

But the bible also reads:

The Mighty One, God, the Lord,    speaks and summons the earth    from the rising of the sun to where it sets.

And you can insert images of sunsets and flowers with a soft glow. Or you could insert the soft warm glow of a setting sun cast across the bloated belly of a starving child covered in flies in Africa or Detroit.

So when we are all arguing about climate change and global warming, everybody feels right as rain and self congratulatory. The bible is the astronaut jamming a flag into the moon of so many things … and it’s a little annoying at times.

I was very appreciative of this video (below) from John Oliver that I saw yesterday. But I don’t think it will help things. It’ll just make people who disagree look for more disagreement. It’ll make them blame liberalism and thank the dusty old book that they think they love, but not the parts that they choose not to. And those who agree, will agree.

And the sun will rise and fall.

Oh, wait. We’ll actually do all the moving — we here on this spec of dust called the Earth — and the sun will sit relatively still. But we’ll all be moving through space with billions and billions and billions of stars and planets. And science will continue to answer questions. And ignorance will still win out in the end!