We poured over this image for a while as I went out of my way to get the lighting and focus exactly the way I wanted it.

Yesterday was our sixth wedding anniversary, with an accumulated fourteen years of togetherness.

I made dinner reservations at a restaurant called The Bristol. We had a gift certificate for the restaurant, and I know that sounds cheap. But we have a tradition of celebrating landmarks with GCs.

When we got engaged, I had a GC for Morton’s Steakhouse. Tina knew nothing of the ring, and I used it as a justification to eat out at a nice place. Because otherwise, I cook EVERY night and to eat out means I’ve got a special reason.

I was disappointed more people weren’t in the restaurant when we arrived. It was us and a Asian couple in the entire upstairs.

There were many things we wanted to try, especially a large ravioli with an egg and ricotta cheese inside. I took some pictures of our food with our little Leica C, which I’m going to sell soon, I think. I like the camera okay, but there are other cameras in its price range that tout much better image quality.

All in all, the food was okay. I’m not sure we should have celebrated our anniversary there, so maybe we have to have another anniversary dinner. 🙂

I’ll post the somewhat shabby pictures of some of our food below. 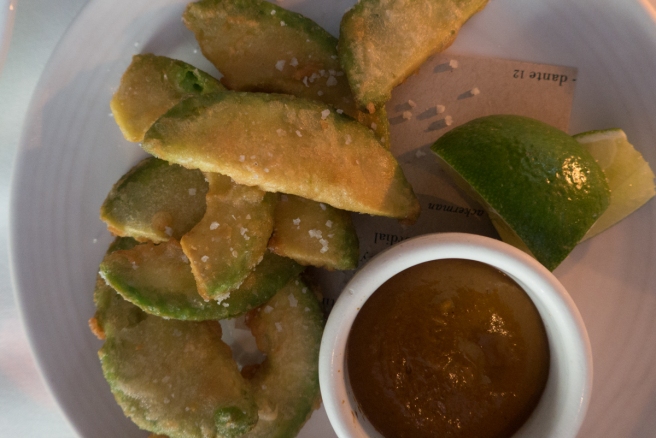