Today, Tina and I drove to the south side of the city to an area called Palos Park. I think.

We visited Tina’s aunt and uncle to share some recent black & white photos that Tina received from her brother. The photos were from Tina’s parents and grandparents, and many of the faces were of strangers or people we have no way of recognizing.

Tina thought it would be a good idea to share the shots with her family to see if they could identify them or if they would even want them, or copies of them.

It was a trip down memory lane, and her uncle was able to name many of the folks in the photos.

Among the pictures were envelopes filled with loved-one’s hair.

It’s great when you’re looking at photos, and you hear the stories about different people. Tina’s uncle would say, “Oh man, this guy here. Your mom’s uncle’s brother’s sister-in-laws brother’s cousin’s dad … I hated that guy … what an asshole.”

I love the candor.

I personally enjoyed looking at the quality of the photos. I mean, you have these strange families in their better-than-Sunday best posing in the once-in-a-lifetime photo that captured them in such crisp and beautiful black and white. Or the little photos that are thumbnails of street scenes. Kids playing in fire hydrant water. So much history with ghosts whom I’ll never ever meet. Or maybe met once at a wedding or funeral.

It was a lot of fun.

After the trip down memory lane, we enjoyed dinner together before driving 45 minutes back to the city. 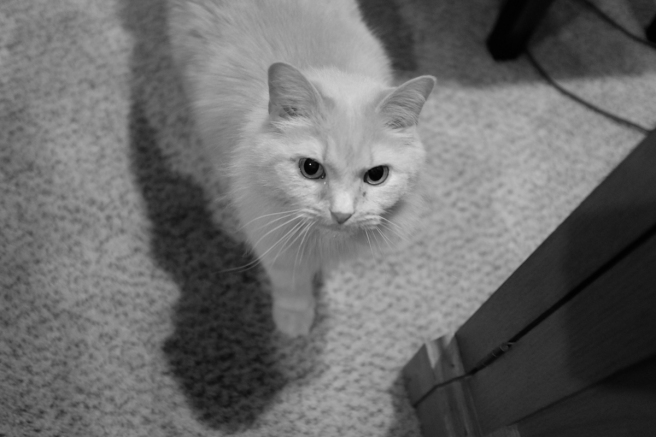 The photo above was from a shoot I found incredibly challenging. We were asked to shoot a space, a small space mind you, that showed the environment and the product within.

The products, dear reader, were incredibly reflective. Tina and I went great lengths to cancel reflections hoping that it would make the photos shine.

The available light, while constant in the space, was mixed when viewed like this. We had to schedule the shoot during office hours, pretty much insuring that we’d have the blue cast across the tops of the images.

I know I can crop in, but I feel this image actually gives a sense of place. 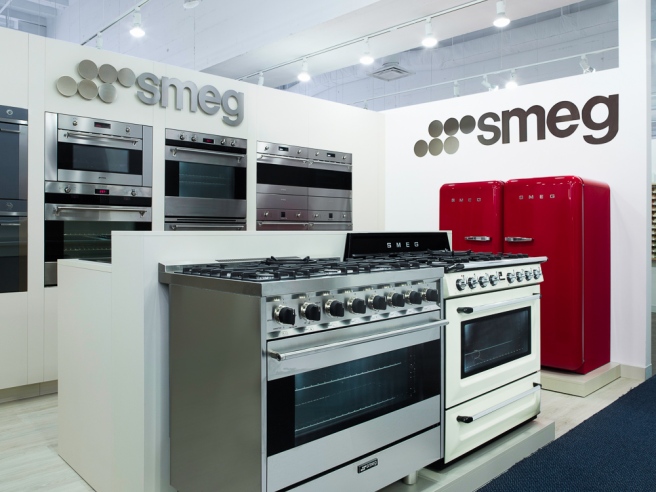 Like many Americans, we get door-to-door salesman from time to time. Last fall, we actually welcomed a roaming door-to-door sales guy in from Spark Energy. Why? Because the sales guy was a friend named Mike. I worked with his girlfriend on a photoshoot and I used to see him every once in a while at my local watering hole. I tend to put trust in friends, basically because I want the same in return.

Spark Energy is a company that claims to work with your energy utilities to provide a cheaper rate than actual utility can, by selling you gas or electricity at reduced costs.

The sales meeting was suspicious to both Tina and me, but in the end, we accepted what this guy Mike was saying was truthful, because who lies to their friends?

By the way, the funniest thing was that the sales guy was not allowed to step inside our apartment. He did the entire transaction from the threshold of our place. “But we’re friends,” I told him. “Come on in.”

After he explained what seemed to be a good deal,  we signed up last September. We didn’t see much of a difference in our bills. We were contracted to use them for a year, so I was fine with sticking it out till the end. We weren’t losing money after all either.

Status quo is fine with me.

And the early termination of the contract would be $50.

But then we received our gas bill this month for over double last month’s bill. Further examination showed that it was an adjustment fee from Spark Energy. Tina called People’s Gas first, and they said it was Spark’s charge. She called Spark, and a robotic customer service rep kept explaining that the charges were an accumulation of three month’s of Spark Energy charges. He explained that when Spark sent invoices to People’s Gas, PG rejected the invoices.

The charge after three months of rejection was for $112.63.

So Tina was on the line talking circles with the customer service rep trying to understand where this charge came from and how to avoid it in the future. While she was on the phone, I googled Spark Energy and found a lot of websites — like this or this from BBB— with lots of negative reviews. On a Consumer Affairs site, Spark Energy representatives responded to each complaint and made some resolution statement.

The Better Business Bureau has not accredited them.

So I should have done my homework, but — like I said — I want to trust my “friends.”

What ended up being the kicker was Spark Energy’s own website. Get this.

On their front page, they claim to have a 5.0 customer service approval rating. I’m not statistician, but I read that to mean that no one, not one person, has given a negative review.

But if you go into their comments and ratings, there are many ratings lower ratings than a 5. They apparently only keep about 22 comments at a time, because I can’t imagine a company has only 22 comments in all its 10 years of business.

Below is in fact what their ratings are based on 22 responses at the time of this writing.

So their site isn’t exactly a very ethically sound one, don’t you think?

The guy that Tina spoke to finally agreed to give her to a supervisor. And I took the phone from Tina. I learned a trick recently that helped with a dispute with our bank over a $50 charge: I record my phone call.

My hope was to get to the bottom of the charge. And when the guy told me what he told Tina, I would cancel my subscription to Spark Energy and also ask them to waive the $50 early termination fee.

Don’t let anyone ever tell you that you can’t get that shit waived. If you keep these guys on the line until you’re blue in the face, you will get what you want.

So … if you can stand hearing me stumble and bumble over my words … I’m posting our conversation below. I feel a little badly about calling him a liar, but it was a moment of weakness. I needed more leverage, and I thought I had a better argument going into the “lie” statement.

You gotta give the guy props, though. He never lost his cool with me.

All in all, we got what we wanted: to get out of the contract and to get the fee waived.

This is certainly a lesson learned. Don’t trust door-to-door without doing my homework.

Do yours as well. If one of these guys comes to your door, just do a quick google of their company before signing on the dotted line.

I couldn’t edit the clip for this posting, but I’ll revise it soon and upload it. Edwin, the customer service supervisor doesn’t pickup until about 0:30.

It doesn’t take long for someone like me to feel the sluggishness that results from a creative deficiency. It’s a time of frowns and repeating the lines, “Gosh, I need to photograph something soon that isn’t a bland cracker of a project.”

We get a lot of projects. Some are creative. Many aren’t. Lots of people’s and company’s needs for content aren’t much more than things that feel cookie cutter. And while we make great strides to work with folks who need more creative content, it’s dampening to the part of me that some call the soul. You say soul. I say creativity.

As a photographer, I have lots of friends on social media that are photographers, models, hair and makeup artists. I see their work all the time, and it loads up another pile of jealousy onto my creativity depleted soul.

Then I remind myself, the difference between wanna-be artists and artists is ideas versus execution. Lots of people have ideas. Few have the strength to pursue them, let alone follow through.

So reached out to Andrea to do a short casual shoot, two hours tops. Her time was valuable as well — because in two days from this shoot she moved to China to model for months.

My goal for this shoot was to shoot all f2.8. Find poses and then push the focus point to be SPOT ON. Focus is something I prioritize anyway. But I do it with more depth of field, f6 to f11. The depth of field plain on my Hasselblad set at f2.8 is closer to f2.0 on my DSLR with a similar focal length. And hitting the mark is often made more difficult because of a minor move by the model or camera.

Andrea here is a true professional, and we were able to work with the minutiae until we landed beautiful shots, spot on focus … all of which were done within a short two-hour window.

The image below is probably one of my favorite shots in a LONG time. It’s all natural light, and my only criticism is that I didn’t have her do an implied nude, as I’d love to see her decoupage as well. I cropped it out, because what she is wearing over one shoulder and it really distracted from her face.

Last week, I photographed a portrait and snapped a couple concert shots of The Growlers at JBTV.

The portrait portion of our day was a little on the chaotic side. I’m not sure they heard a word I said when asking them to pose in a particular way. When that’s the case, you get what you get.

And that’s what I got.

The band is known for its heavy use of effects, including voice effects, especially reverb, and mixes the sound of the Californian rock of the late ’60’s, with psychedelia creating what they call ‘Beach Goth’.

The band’s sound has been described as “a trademark style of music that somehow combines country, surf, pop, and rock”.[7] 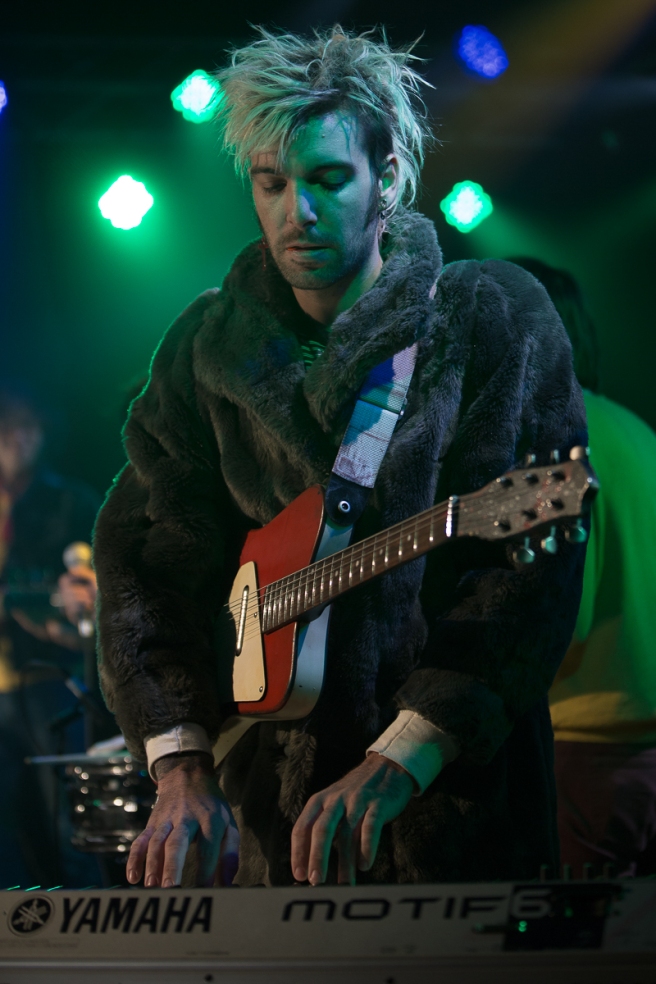 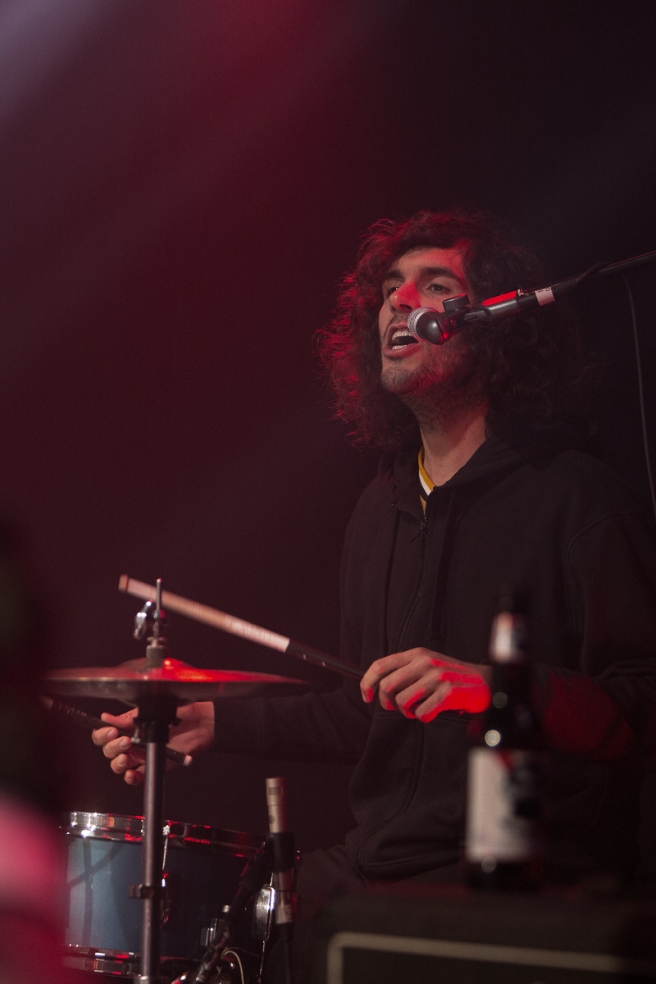 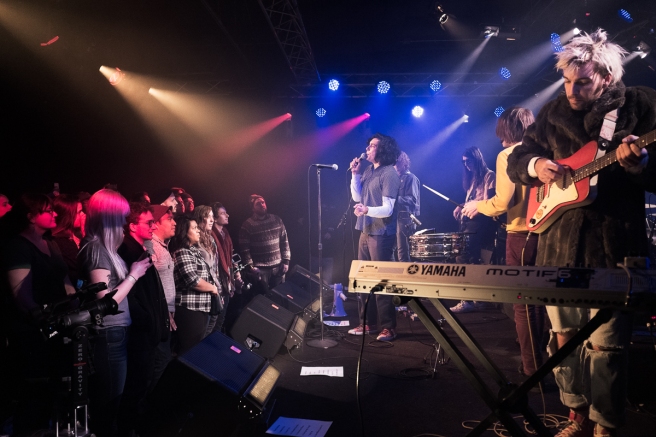 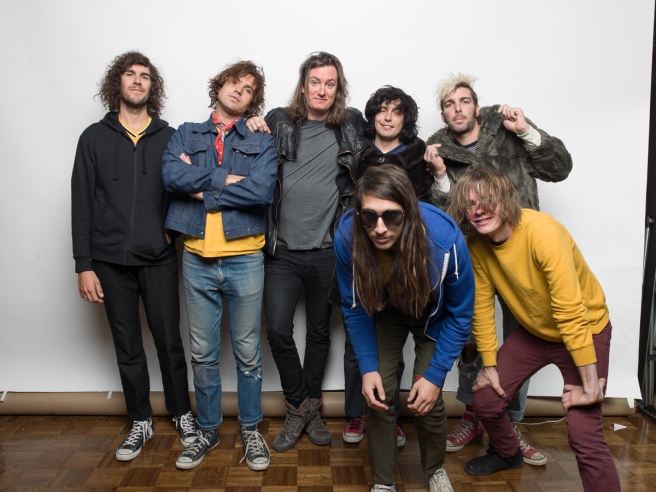