I just found another gigantic denunciation of the current hypocrisy and outrage that is the republican party and its evangelical Christian connections.

It’s published in the NYTimes so you know it’s liberal propaganda. But nonetheless, it’s a solid read and I wish so many more of these voices were screaming from rooftops.

The piece is called:

Why I Can No Longer Call Myself an Evangelical Republican 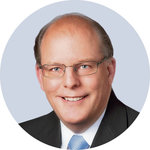 Toward the bottom of the piece, Wehner writes (emphasis mine):

Assume you were a person of the left and an atheist, and you decided to create a couple of people in a laboratory to discredit the Republican Party and white evangelical Christianity. You could hardly choose two more perfect men than Donald Trump and Roy Moore.

Both have been credibly accused of being sexual predators, sometimes admitting to bizarre behavior in their own words. Both have spun wild conspiracy theories, including the lie that Barack Obama was not born in America. Both have slandered the United States and lavished praise on Vladimir Putin, with Mr. Moore declaring that America today could be considered “the focus of evil in the modern world” and stating, in response to Mr. Putin’s anti-gay measures in Russia: “Well, maybe Putin is right. Maybe he’s more akin to me than I know.” Both have been involved with shady business dealings. Both have intentionally divided America along racial and religious lines. Both relish appealing to people’s worst instincts. Both create bitterness and acrimony in a nation desperately in need of grace and a healing touch.

I hoped the Trump era would be seen as an aberration and made less ugly by those who might have influence over the president. That hasn’t happened. Rather than Republicans and people of faith checking his most unappealing sides, the president is dragging down virtually everyone within his orbit.

I can hardly believe it, but I’m about to post the following op ed from from Christianity Today:

No matter the outcome of today’s special election in Alabama for a coveted US Senate seat, there is already one loser: Christian faith. When it comes to either matters of life and death or personal commitments of the human heart, no one will believe a word we say, perhaps for a generation. Christianity’s integrity is severely tarnished.

The race between Republican candidate Roy Moore and Democratic candidate Doug Jones has only put an exclamation point on a problem that has been festering for a year and a half—ever since a core of strident conservative Christians began to cheer for Donald Trump without qualification and a chorus of other believers decried that support as immoral.

The Christian leaders who have excused, ignored, or justified his unscrupulous behavior and his indecent rhetoric have only given credence to their critics who accuse them of hypocrisy. Meanwhile the easy willingness of moderate and progressive Christians to cast aspersions on their conservative brothers and sisters has made many wonder about our claim that Jesus Christ can bring diverse people together as no other can.

Hit the link for more insight that really should have been screamed from rooftops in 2015-16 … and was not.

Below the fold is a reminder of the exact words from he who holds the most powerful position on the planet who should be a beacon of morality, of role modelship, of enlightened reason and American family values.

Which if he is those things, I’m so glad I do not share values with those who share his views.

END_OF_DOCUMENT_TOKEN_TO_BE_REPLACED

For a long time — like many of us — I saw social media vehicles as a place to advance conversations, to do some good by engaging with different perspectives.

What I personally decided was that Facebook etiquette should be like real-life social norms. That’s to say, since I’m connected with friends, family, business associates, acquaintances and strangers, I should treat the forum of social media as if I were in pubic. In public, I don’t make hyperbolic claims against any group. In public, I don’t disparage or defame. In public, I’m largely positive.

When you’re on a site like Facebook, it’s like you’re in the room with a thousand friends and anyone of them at any time could over hear your conversation. The way Facebook works, your network is way larger than your friend list. At any time, a friend of a friend could see your conversation and jump in on something you’ve written.

All people on social media should consider behaving like they would in so-called real life.

I imagine blogs are a little different, because people have a choice to visit them in a different way. But on Facebook, sometimes it’s not your choice to see or hear something that would be okay to some but completely offensive to others.

In real life public, if someone said something incendiary or insensitive, the group would point out the behavior as rude, or even socially handicapped. But on Facebook, there are no chorus of people shunning stupid behavior.

My entire point is to recommend listening to this clip of Chamath Palihapitiya speaking about social media, his regrets of being behind the origins of Facebook, and his thoughts/regrets about it now.

Here’s a quick quote (taken directly from Stan at TYWKIWDBI):

“I think we have created tools that are ripping apart the social fabric of how society works. The short-term, dopamine-driven feedback loops we’ve created are destroying how society works. No civil discourse, no cooperation; misinformation, mistruth. You are being programmed”

For the section in general, start at minute 21:20 and listen for about 5 minutes.