I can't believe this commercial that just ran on Fox News is for real pic.twitter.com/gGInt8BKhp

Buy yours today at Walmart!

Also in the news:

This weekend, Trump cancelled his visit to an American military cemetery in France.

This morning, he's not at Arlington National Cemetery for Veterans Day.

Now he's tweeting that we should stop counting overseas ballots in Florida, which means votes from service members. 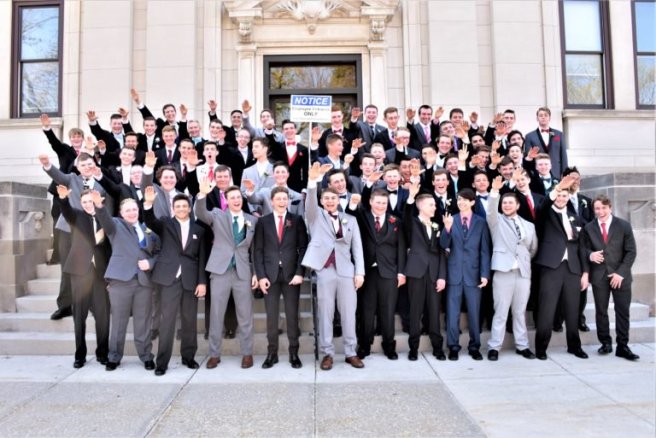 Father Of Parkland Victim Accuses Democrats Of Voter Fraud After Shooter Registers As Republican From Jail. Because that makes sense.

Man fired from job for voting while wearing the above “Mississippi Justice” t-shirt.

Here are 21 statements Lindsey Graham made about Trump between 2015 and 2018 starting with “A race-baiting, xenophobic bigot” to “A potential recipient of the Nobel Peace Prize.”

Who is this Swipe Left charmer?

Man loses his shit to some protesters. Tells them that Jesus hates them and for them to rot in hell. Ah, can’t you feel the freedom-loving goodness.